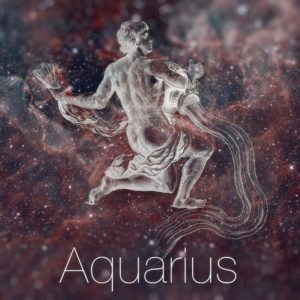 There’s a lot going on this month, including the first Mercury retrograde of the year! The little dude does his apparent backwards dance from February 16th through March 9th, beginning at 12 degrees of Pisces and back to 28 degrees of Aquarius.

Mercury is considered weak in the sign of Pisces because it is opposite Virgo, a sign he rules. In Pisces, Mercury loses his precision focus and gets scattered. Be aware of this during the retrograde period and also when he moves forward over those degrees through the end of March. Mercury is in Pisces until April 12th, so this is a fairly long period of debility, almost 2 months!

Mercury is the conscious mind, the intellect, how we communicate, short trips and mechanical objects. We all have our Mercury Rx stories and while this time can be annoying it is not devastating or to be feared. Any planetary retrograde period is a time to do things over, review progress and revise action. Things generally work themselves out as he begins forward motion again.

Venus is transiting Pisces, her sign of exaltation, through February 8 and then she enters Aries, a sign of her debility because it is opposite Libra, a sign she rules. She is still highly visible in southwestern sky after sunset. Check out that luminous brilliance while you can. May all beings be blessed by this vision.

Mars goes into his sign of exaltation, Capricorn, on February 16th where he will transit through the end of March. There is tension with this placement from the 16th through the 25th as Mars will be conjunct the south node, which can be a dangerous time. Keep your wits about you, particularly if you are traveling at that time. The conjunction is exact on the 24th but the days before it is building in power. Mars was with the south node close to the same degree in this sign on 9/11/2001.

With Mars moving into Capricorn, all the planets are hemmed in between the north and south nodes. This condition prevails through May 28th when Mercury moves outside of the north node’s position on 5/28, followed by the Sun on 6/19. This is interrupted by the Moon’s sign position when it is in the signs Cancer through early Capricorn and therefore outside of the grip of the nodes.

This is a Vedic astrology concept, Kala Sarpa Yoga, more than western astrology one and it signifies a division in society, as the planets are being held between head and tail of the snake and all on one side of the chart. We might all feel the squeeze of circumstances in some way during these times. On the positive side, Jupiter is closer to Mars than Pluto and Saturn so there is some protection as well. Have an active spiritual practice at this time.

Jupiter is in the sign of Capricorn, moving from later 13 degrees though 19 degrees. Mars catches up to Jupiter on March 20th and while they are friends, together they can have a military, warlike vibe. British General Cornwallis reportedly had 2 great danes he named Mars and Jupiter.

Saturn moves from 25 degrees of Capricorn to 28 degrees. He is gaining some distance from Pluto’s position but the recent energy of their conjunction will be with us most of this year. At the year’s end we have the Jupiter Saturn Grand Conjunction at the 29th degree of Capricorn in mid-December and moving into Aquarius together in 2021. Until then, it will require discipline to follow the rules, make slow and steady progress and do the right thing.

Uranus, the great awakener, moves from 2 degrees 50’ of Taurus to 3 degrees 39’ this month, shaking things up for anyone with planets in Taurus at those early degrees. Use the energy to recreate yourself in some way and walk away from things that do not serve you.

Neptune is at 17 degree 4’ of Pisces and finishes the month at the 18th degree. Water issues are still a key focus as Neptune moves through watery Pisces and they will still be through 2025.

Pluto, the lord of the underworld, is at 23 degrees 24’ of Capricorn and moves to 24 degrees 13’ by month’s end. We are experiencing daily revelations of corruption and secret deals that are eroding public trust and confidence in our world leaders.

Remember that love is greater than fear through this transition. 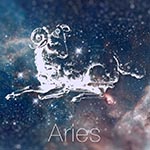 Aries — March 21-April 19: With a stellium of planets and the south node in Capricorn in your solar 10th house, there’s a need to focus on professional status, your reputation and career goals. Watch for issues from the past coming forward between the 18-25th. With Venus in your sign after the 8th you gain the blessings of her grace and beauty so you will be perceived as a beneficial energy by those who encounter you. Make the most of this support. Your best days are the PM hours of the 25th, the 26th and 27th. 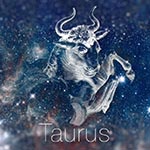 Taurus — April 20-May 20: With Uranus moving slowly forward in your sign there are bound to be shakeups and changes regarding assets, finances and stability to a certain extent. However, the stellium of planets in Capricorn in your solar 9th house of higher mind, education, sense of meaning and long distance travel will open some new doors for you throughout the year. This will enrich you in new ways. The 1st, 2nd, 28th and 29th are your stellar days. 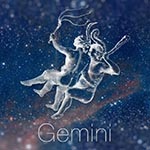 Gemini — May 21-June 21: With the stellium of planets in Capricorn in your solar 8th house you still have plenty of inner and outer work to do regarding end of life matters, insurances, legacies and life’s mysteries. Don’t run from your personal responsibilities. Be careful with travel between the 19th and 25th as you could run into some dangerous circumstances. There is higher wisdom also coming in as well and the Mercury retrograde period will give you time and insights to work with. The vibes favor you on the 3rd, 4th and AM hours of the 5th. 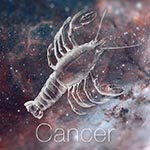 Cancer — June 22-July 23: You are still under a lot of pressure this month as Mars will enter your 7th house of partnerships, compromise and marriage along with the 3 planets already there. This makes the situation testy and argumentative and I would advise against entering into new contracts or partnerships at this time. Being patient is your best strategy. The evening hours of the 5th, the 6th and 7th are your best days. 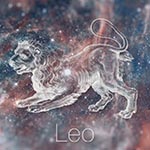 Leo — July 24-August 23: This is a month that may hold some struggles with your health but as Saturn is moving farther away from its conjunction with Pluto, the trend is towards improvement. Mars could cause some flare ups around the 19-25th so do take affirmative measures to calm yourself and take proactive measures. The 8th and full Moon on the 9th are your stellar days. 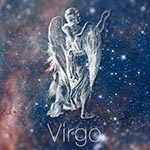 Virgo —  August 24-September 22: Mercury, your ruling planet, goes into retrograde motion on the 16th so you may feel like you are trudging through quicksand for the next 3 weeks. It will be a struggle to get cooperation from others during this time. Why not take a break and have at least a short vacation? Don’t take any risks between the 19-25th, however, but do take a break from status quo. The 10th and 11th vibes favor you. 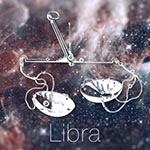 Libra — September 23-October 22: With Venus, your ruling planet, in its sign of exaltation through the 8th, you will be feeling grateful for the many blessings in your life. There may be some difficulties later as Mars enters your solar 4th house regarding family issues, the real estate you own and your ancestry. It is a good time to do home improvements as a way to utilize that Mars energy. The 12th and 13th are your stellar days. 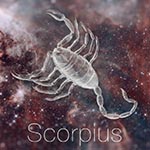 Scorpio — October 23-November 22: When Mars enters Capricorn on the 16th, that puts 4 planets in your solar 3rd house of neighbors, communication, short distance travel and siblings. Be careful when traveling between the 19th and 25th as Mars could cause some problems during that time. It is a good time for making plans for a home improvement project to do in the springtime. Your best days are the 14th and 15th. 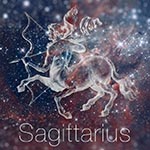 Sagittarius — November 23-December 20: With Mars in your sign through the 15th you have some energy and drive to assert yourself. There is work done with finances, assets and your work income that could be problematic between the 19th and 25th as Mars engages with the south node. It’s not a great time for major decision making either. Be patient, things will improve as Mars likes being in Capricorn and joins forces with Jupiter at month’s end. The 16th and 17th are days that favor you. 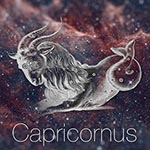 Capricorn — December 21-January 20: Will it ever end? These heavy hitting slow moving planets in your sign are causing delays, distress and just a host of issues to deal with regarding forces beyond your control. The answer is yes, particularly after the 25th when Mars moves closer to Jupiter in your sign and then in March, Saturn goes into Aquarius and you get a reprieve (for a while anyway). So don’t despair, better vibes coming! Your best days are the 19th and 20th. 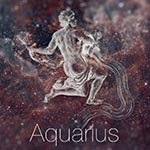 Aquarius — January 21-February 19: The beginning of this month is a bit problematic as Mars enters the stellium of planets in your 12th house of self-undoing, karma, health and escapism. You need to deal with things and not hide from what is going on. Be especially careful between the 19th and 25th as Mars joins the south node and can cause health issues or other problems. The end of the month is much more rewarding for you. The 21st and 22nd are days that favor you. 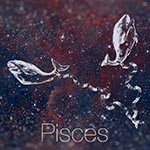 Pisces — February 20-March 20: With Venus and Neptune in your sign there’s some ease, graciousness and pleasure present in your life through the 8th. Neptune remains but Venus enters Aries then and the vibes change. Be careful with overspending for the rest of the month and protect your assets. There are also some major changes coming in how you are compensated from your profession. Stay informed as this could be along term change. The new Moon on the 23rd and the 24th are your stellar days. 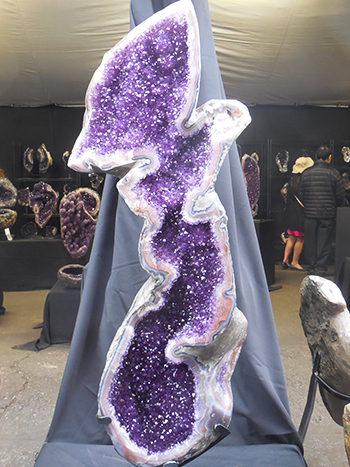 It’s Tucson Gem and Mineral show time, I wonder what wonders I will encounter this year?

Personal Consultations:I offer a number of personalized services, including natal and progressed charts as well as a personal lucky days report, an awesome way to make astrology work for you by allowing you to focus on your optimum timing, when the universe seems lined up to support your wishes and dreams.The date, time, and location of your birth is all I need to provide you with insight into your important place in the grand scheme of life! For more information, or to schedule a session with me, feel free to email me or visit my website.